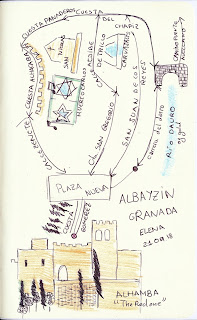 In late 2018 I was back on the Camino with my Moleskine sketchbook seeking local advice on the road to follow. Built on the success of my first Camino Mapping Project of 2015 this walking pilgrimage took me from Granada to Merida, via the Camino Mozarabe. Then I headed along the Via de la Plata to Salamanca. From there I dived into Portugal via a little known road called the Camino Torres to the Douro River Valley before reaching Santiago on the Portuguese Way and ended at Muxia on the Atlantic Coastline. Like my earlier venture I committed each day into seeking out local knowledge and artistic talent to have for me a map rendered showing the way to the next destination. Some 58 maps are a legacy of that journey completed. Below are just a few examples... 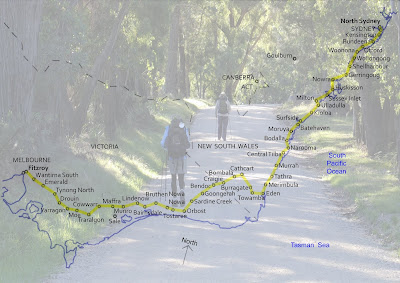 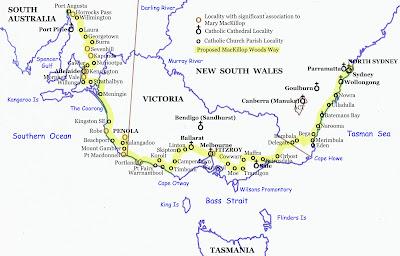 The envisaged MacKillop Woods Way has been planned to traverse the south eastern corner of the Australian continent via locations which have a significant historical and cultural importance to the lives and work of St Mary of the Cross MacKillop and the pioneering priest Fr Julian Tenison Woods. The route shown will be a viable way for both walkers and cyclist to make their pilgrimage mostly along minor roads, established rail trails and walking paths without the needs for a purpose built way to be constructed from scratch. The MacKillop Woods Way has now been endorsement by the Congregational Leadership Team at the Sisters of St Joseph of the Sacred Heart based in North Sydney, as well as some given Catholic Diocese. In its early years of development there has been great enthusiasm from local communities and a willingness to embrace this ambitious pilgrims' way. 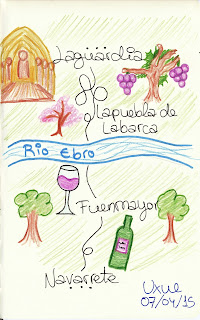 From early April to late June in 2015 I embarked on an ambitious pilgrimage halfway across Europe – it taking in the recently established Ignatius Way which runs from the birthplace of Saint Ignatius of Loyola in the Basque Country to Manresa in Catalonia. This predominantly walking pilgrimage in its entirety covered some 1115 km on foot along Spain's - Camino Francés, Camino del Ebro and Camí de Sant Jaume, as well as France’s - Chemin des Piémont, Chemin des d’Arles and Via Domitia before crossing the Col de Montgenévre en route to Turin along a branch of the Via Francigena. As it is clear this journey was not towards Santiago as such, but instead took into account my long term goals into eventually reaching Jerusalem and to an extent this peregrination was closely following in the footsteps of Saint Ignatius -founder of the Jesuit Order. 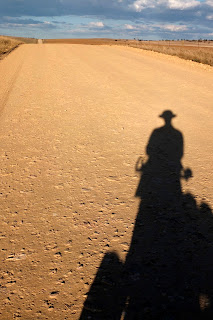 Into the void I went...My preliminary Australian camino bicycle tour took me 1700 km from Port Augusta SA to Ballan Victoria in search of a suitable Way for bicyclists to take when concerning historical links to the life and work of Mary MacKillop and Julian Tenison Woods. I chose sections of the long distance Mawson bicycle trail as a potential route for the MacKillop - Woods Way.

The Chemin d'Arles: My 1400km Pilgrimage from Arles to Santiago de Compostela. 2013 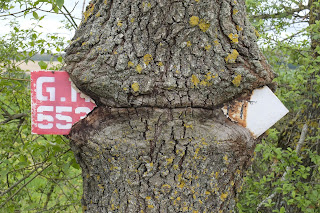 In 2013 I undertook my longest walking pilgrimage of 1388 km from Arles, in the south of France to Santiago de Compostela. My journey through France took me along the GR 653 long distance walking trail or better known as the Chemin d'Arles - where many curiosities were encountered.

A Long-Haul Pilgrimage: Singapore to Cape Finisterre by Bicycle 2008 / 09 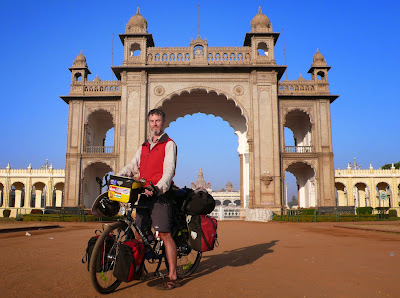 In 2002 I got on my bike and cycled from my home town of  to , crossing the Australian Outback in 90 days. I was preparing for an ambitious bicycle tour which would take me from North Cape in  to  in . As things turned out, I landed a job in  teaching English, and after completing my work there in mid-2004, I needed a real holiday. I decided to travel, using various modes of transport, across Siberia and southern Europe to . There I began a 750km winter walk on the Camino de Santiago, starting at Saint- Jean-Pied-de-Port. Gradually I decided that one day I would undertake a more challenging pilgrimage, by bicycle.

In late 2018 I was back on the Camino with my Moleskine sketchbook seeking local advice on the road to follow. Built on the succes...

Metro
I am a visual artist, photographer and writer. Integrated public transport systems and planning as well as advocacy are my key areas of interests and concern for sustainable high civilization - however I have been best described as a futurist. For instance in 1979 aged 12 years I made a 2 cm thick tablet computer from a cardboard perfume box wrapped in tin foil with LED inside and explained, while queuing my finger over the opache perspex screen, that my personal computer was linked to global satellite communications network for all the information I desired - my school friends didn't understand a word I was saying and in respect to their own understanding - Sean was simply Mad!